With chicken already existing in the houses of most people, many pet owners have wondered if it’s suitable to feed their dogs. In fact, chicken is a stable in a large amount of dog-specific food items, and is completely safe to give your furry friend.

Canned chicken, by extension, seems like an easy treat that any dog would love. Unfortunately, it’s not that simple. Canned chicken can be fed to a dog, but give your pooch too much, and it can cause a slew of health problems. If you’re curious about the specifics of whether or not dogs can eat chicken that comes from a can, keep reading!

Is Canned Chicken Good for Dogs?

Undoubtedly, chicken meat and all other vital parts of a chicken are a very nice treat for dogs. Canned chicken can serve as a dog-friendly substitute for cooked chicken. They both contain the same nutrients, especially the meat-based protein content that is very important. Canned chicken also contains important vitamins and minerals like zinc and sodium.

Sodium helps in controlling blood pressure and volume, while zinc content is responsible for maintaining a dog’s immune system and also aids in proper muscle and nerve functioning. Canned chicken is perfectly okay to feed your dogs.

However, a dog’s body finds it very difficult to handle the high sodium content in canned chicken. Too much sodium in your dog’s system could lead to sodium poisoning.

Therefore, canned chicken isn’t bad for your dogs, but it definitely should not be fed to them every day. The normal uncanned chicken will always be a better option for them. 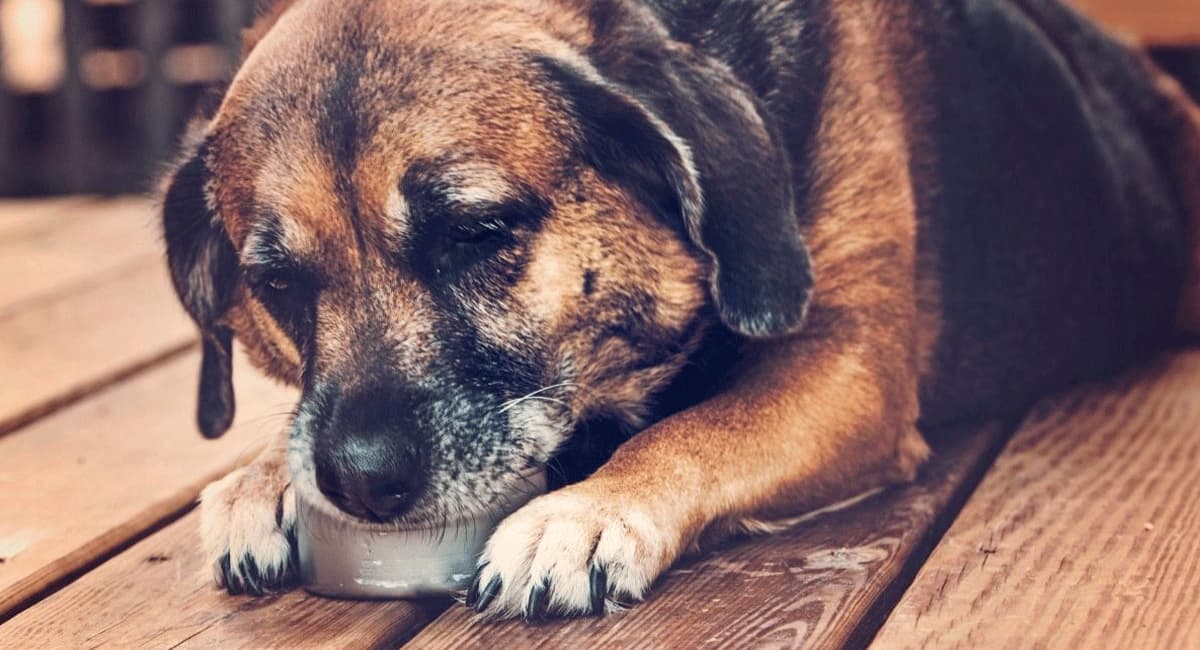 Due to the way the human system is designed, we can handle a much higher sodium content than dogs can. Humans can have health problems if they consume too much sodium, but the amount they would have to consume is much greater.

It’s the responsibility of a dog owner to carefully regulate what their dog eats. A dog’s smaller size cannot handle the same level of sodium or fat that a human can.

Oftentimes, if a dog has a lot of sodium content in its system, it will begin to take in a lot of water to find a way to dilute the salts. Severe health hazards could develop if the dog does not have access to water to help out in the dilution. In a case like this, where quickly diluting the sodium is not possible, dogs will present symptoms of sodium poisoning.

Symptoms of Sodium Poisoning in Dogs

Canned chicken isn’t necessarily bad for your dog’s consumption. Problems occur when you make it a habit to constantly feed your dogs with canned meat. Cooked chicken, which contains much less sodium, is definitely a better alternative.

There are a good number of signs and symptoms your dog will show if it takes in too much sodium.

Some common symptoms of sodium poisoning include:

You should regulate the amount of sodium and salts your dog ingests in its daily diet to ensure its sodium level is minimal.

However, if your dog does ingest too much sodium, it still has a very good chance of surviving if the right actions and steps are taken.

The obvious first thing to do is consult your dog’s veterinarian for urgent evaluation. But in a situation where you need to do something before you can make it to a veterinarian, you should give your dog a lot of water, because this will help balance out the sodium in its system.

After getting your dog down to the veterinary clinic, it will be properly evaluated and checked to determine the next steps that should be taken.

Sodium poisoning can sometimes result in neurological disorders, imbalanced reflexes, increased blood pressure, and high temperatures. These things must first be stabilized, especially the high temperature, before anything else is done.

Then, the specific sodium content of the system has to be measured using blood and urine tests.

Once the level of sodium in the dog’s system has been determined, the amount of sodium will have to be gradually reduced which could take days depending on the amount of excess sodium present. The process has to be done slowly because a sudden removal of excess sodium from the system could affect the heart and result in a heart attack. While this process is happening, the dog has to undergo fluid therapy that will maintain hydration.

The veterinarian would advise that meals containing sodium should be excluded from the dietary plan of the dog for a while to speed up the recovery process. There also should be constant check-ups to keep an eye on the dog’s blood sodium level.

So, can dogs eat canned chicken? The answer is yes! However, it can only be given infrequently, as too much-canned food can result in sodium poisoning. Regulating your dog’s consumption of canned food is important to keep your pet happy and healthy. Opt for non-canned unseasoned chicken as an alternative that contains far less sodium or simply omit the chicken altogether.

If you believe that your dog has ingested too much sodium and now has sodium poisoning, give the dog lots of water, and then immediately go to an emergency vet who will be better equipped to deal with the situation.