Corgis are well known for their short legs, ginger coats, and pointy ears. But, what if your Corgi doesn’t have pointy ears, but floppy ones instead? Should you be worried or is this a normal occurrence?

In this article, we’ll talk about Corgis with floppy ears, explain why this happens and what you can do. So, let’s get started!

When Do Corgis Ears Go Up?

When Corgis are little puppies, their ears lie close to the scalp in a droopy manner. Corgis’ ears typically go up at about 8 to 12 weeks old; however, in some cases, this can happen later. The ears might go up the first two weeks after a Corgi is born, or it might happen in eight weeks.

To get completely perky ears, some Corgis can take up to 8 to 12 months! After the first year has passed, your Corgi’s ears should stop growing.

There are several reasons why your Corgi has floppy ears. In this section, we’ll discuss these reasons.

The distribution of calcium in the body is pretty uneven during the teething phase of your dog. What this means is that the cartilages in your dog’s ears are getting less calcium because their teeth are getting the most of it. The teething phase typically lasts until the dog is 5 months old. You should wait until your dog is 5 months old for its ears to become completely straight.

Something that can help during this phase is to provide your dog with a calcium-based diet. However, if you decide to go with a diet, you shouldn’t give your dog supplements that contain calcium. The reason for this is that calcium supplements can be the reason for bone spurts and joint problems later in the life of your Corgi!

What if your Corgi is a few weeks old, completely healthy, but has floppy ears? The answer is, the floppy ears could be inherited. Even though pointy ears are a trademark of Corgis, your Corgi can have genes for floppy ears.

Calcium is an essential nutrient for bone and cartilage development. Most of the calcium is used for teeth development while your dog is teething. However, it can take even more time for limb bones, spinal cord, fingers, tendons, and ears to grow if your dog has a calcium deficiency.

If you’re not a medical professional, there are several ways you can detect calcium deficiency, including:

A calcium deficiency can result in other issues that are a lot more serious than floppy ears, so if you see any or all of these symptoms in your dog you should take them to the vet!

Corgis are one of the cutest dogs out there, and your initial reaction when you see one is to pet it. Unfortunately, petting a Corgi using a downward motion can change their ear’s positioning when they’re developing. That being said, we suggest that you don’t pet this breed of dog from the back of the ear.

How to Make a Corgi’s Ears Stand Up?

If you want to try some methods to encourage your dog’s ears to stand up straight, we recommend the following. 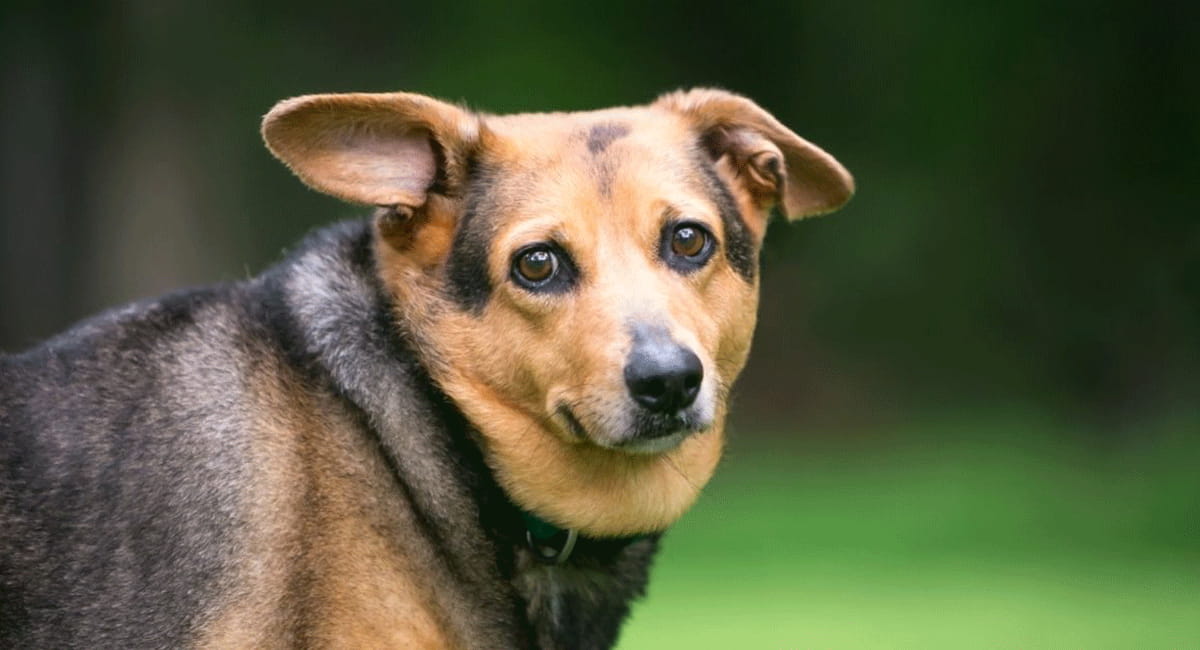 As we mentioned earlier, a calcium deficiency can be the reason for your Corgi’s droopy ears. So, you can try introducing more calcium into their diet to try to solve this issue. Foods that contain higher levels of calcium include yogurt, milk, and cottage cheese.

However, you should be careful with these products since giving too many milky foods to your dog can result in an upset stomach.

The most popular method used for making your Corgi’s ears stand up is by taping them. To do this, you first need a piece of masking tape. Next, take one of the ears and position it upright, and put masking tape around the base of the ear. Once you’ve done this, repeat the same step with the other ear.

Now you can use more tape to connect both of the ears together. After you’ve connected the ears, leave the tape on your dog for up to 5 days. Then, remove the tape carefully. If you didn’t succeed the first time, you can repeat this whole process again for 5 more days.

However, be sure to watch out for signs of irritation and itching, and only use masking or medical tape to avoid hurting your dog when you’re removing it!

Just allow nature to take its course, no matter what your Corgi’s ears look like. A Corgi with floppy ears is incredibly cute, so why don’t you let it be? However, in most cases, the ears will stand up and become pointy after a certain period of time!