Chihuahuas are known for being one of the smallest dog breeds around. However, their small size is at odds with their surprisingly high intelligence, which makes them smarter than many dog breeds that are much larger than them.

If you’ve taken a good look at a chihuahua before, then you’ve probably noticed how its head is disproportionately large compared to the rest of its body. As a result, it’s easy to think that their intelligence is a result of a brain that is unexpectedly large.

But just how big is a chihuahua’s brain?

So read on, and find out everything there is to know about a chihuahua’s brain size!

So, How Big Is A Chihuahua Brain?

However, their head is one of the largest in proportion to the rest of their body compared to nearly every other dog breed. In fact, it’s so large that it can actually make up over half of their entire body mass.

This means that if you were to weigh a chihuahua, you’d be surprised to see how heavy its brains would be.

Their brains weigh around 2 ounces (or 55 grams) on average. This is smaller than the average brain size among all dog breeds, which is between 70-80 grams (or around 2.5-2.8 ounces); however, due to their small size this means that a chihuahua has one of the highest brain-to-body ratios of any dog breed.

A chihuahua’s brain weighs an average of 3.4% of their total body weight; while this may not sound like a lot, it’s actually quite a significant amount when put into context.

For example, the average human brain is around 3 pounds, which only accounts for 2% of our overall body weight.

Smaller varieties of chihuahuas, such as the tiny teacup chihuahua (which typically only weighs around 3 pounds) still have the same brain size; this means that their brains can make up a whopping 4% of their total body weight!

Chihuahuas definitely manage to fit a sizable brain in their tiny bodies!

A chihuahua’s brain is significantly bigger than most people might assume. This explains their ability to learn and adapt to new things quickly. It also explains why these dogs tend to be more intelligent than some of the other breeds that are much larger.

How Smart Are Chihuahuas?

Chihuahuas are often considered to be one of the smartest dog breeds out there. They’re also incredibly loyal and affectionate animals, making them perfect pets for families looking for a pet that will love them unconditionally.

While their small size might lead you to believe otherwise, chihuahuas are actually some of the most intelligent dog breeds out there. 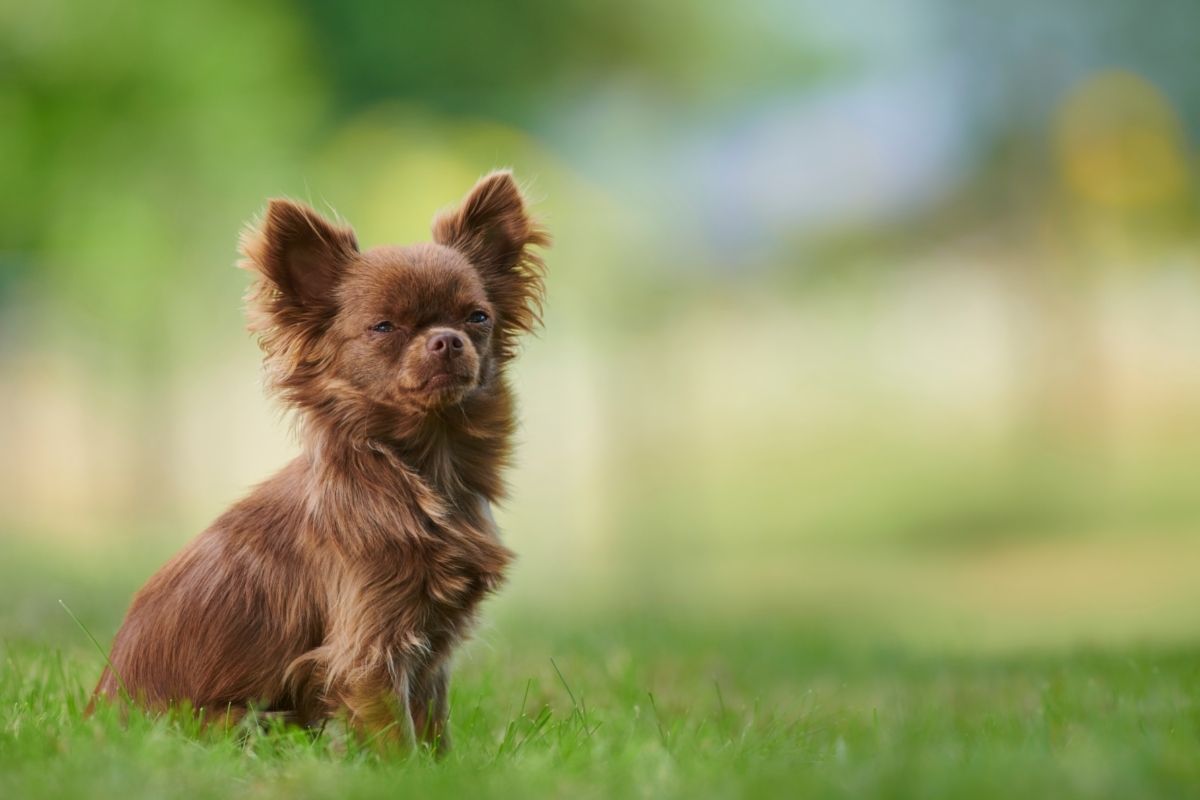 The reason why is that their brains are disproportionately large relative to their body size. This means that even though they’re relatively small, their brains are able to process information more efficiently than those of many other dog breeds.

As a result, they’re often considered to be one of the smartest dog breeds out of all the different types of dogs available today.

This doesn’t mean that chihuahuas are geniuses among other dog breeds, however. Just because their brain-to-body ratio means that they have one of the biggest brains by comparison, they still have smaller brains than the average dog.

As mentioned earlier, a chihuahua’s brain weighs around 55 grams (or 2 ounces), while the average dog’s brain can weigh up to 80 grams (around 2.8 ounces).

This means that, while chihuahuas have the largest brain compared to their body size, it is actually smaller than the brain of most other dogs!

That’s not to say that chihuahuas aren’t smart. Brain size isn’t the only factor in intelligence, and there are several other things that put chihuahuas ahead of the curve in terms of their brainpower.

In fact, they’re known to be some of the fastest learners of any dog breed. This makes sense considering that their brains are proportionately so much bigger than their body size. Due to this, they’re able to understand concepts and processes much faster than other dog breeds.

Chihuahuas might not be the smartest dogs out there (that title goes to the border collie), but they’re definitely no slouch when it comes to their wits and their adaptability.

Their ability to learn new tasks and skills easily makes them ideal candidates for training programs.

These dogs are highly trainable and eager to please, meaning that they’ll do anything you ask of them if you teach them how to do it correctly.

They’re also extremely easy-going and friendly towards strangers, making them great family dogs who don’t mind being around people at all.

A chihuahua is a tiny dog that is full of surprises. Their tiny bodies carry a surprisingly large brain, and they put this to good use with their ability to learn skills quickly, adapt to their surroundings, and make friends easily.

If you’re interested in getting a chihuahua as a companion, then you can look forward to having plenty of fun with these smart and energetic dogs.

Chihuahuas are one of the most popular dog breeds for a reason – these little balls of energy are smart, devoted, and a joy to be around!