We love our doggy companions. As the saying goes: ‘Dogs are a man’s best friend’ and they have proven this time and again, whether that be their extreme loyalty in difficult situations or just the friendly way they greet us every time we get home from work.

Dogs are always there for us.

However, that doesn’t mean we don’t see their shortcomings. For some dogs, it is discipline issues, for others, it is an entitlement, and for a lot of dogs, it is their intellect. There are many more smart dogs than there are dumb dogs, but when they are dumb, boy are they dumb.

Often, this comes down to the breed’s overall intelligence, with some breeds just naturally smarter than others.

For example, border collies are typically incredibly intelligent, energetic dogs and Chihuahuas are known as loud, territorial dogs that can also be pretty stupid, but that doesn’t mean you can’t have smart Chihuahuas.

This poses an interesting question on the breeds of dogs and how smart each one is. For example, Shih Tzus, how smart are they? Well, in this article, we seek to answer that question, so you don’t have to.

How Do You Measure A Dog’s Intelligence?

To begin with, if you want to know how smart your dog is, you need to first understand what intelligence actually means. The Merriam-Webster dictionary defines intelligence as “the ability to acquire knowledge and apply it to new problems”.

It then states that it is also defined by the American Psychological Association as “the ability to reason abstractly, comprehend complex ideas, learn quickly, think independently, solve problems efficiently, communicate effectively”, among other things.

So, while it may not be able to speak English, your dog certainly has the capacity to do all those things.

Now, what does this all mean in terms of measuring intelligence? Well, first off, there are tests available online that will test your dog’s intelligence. 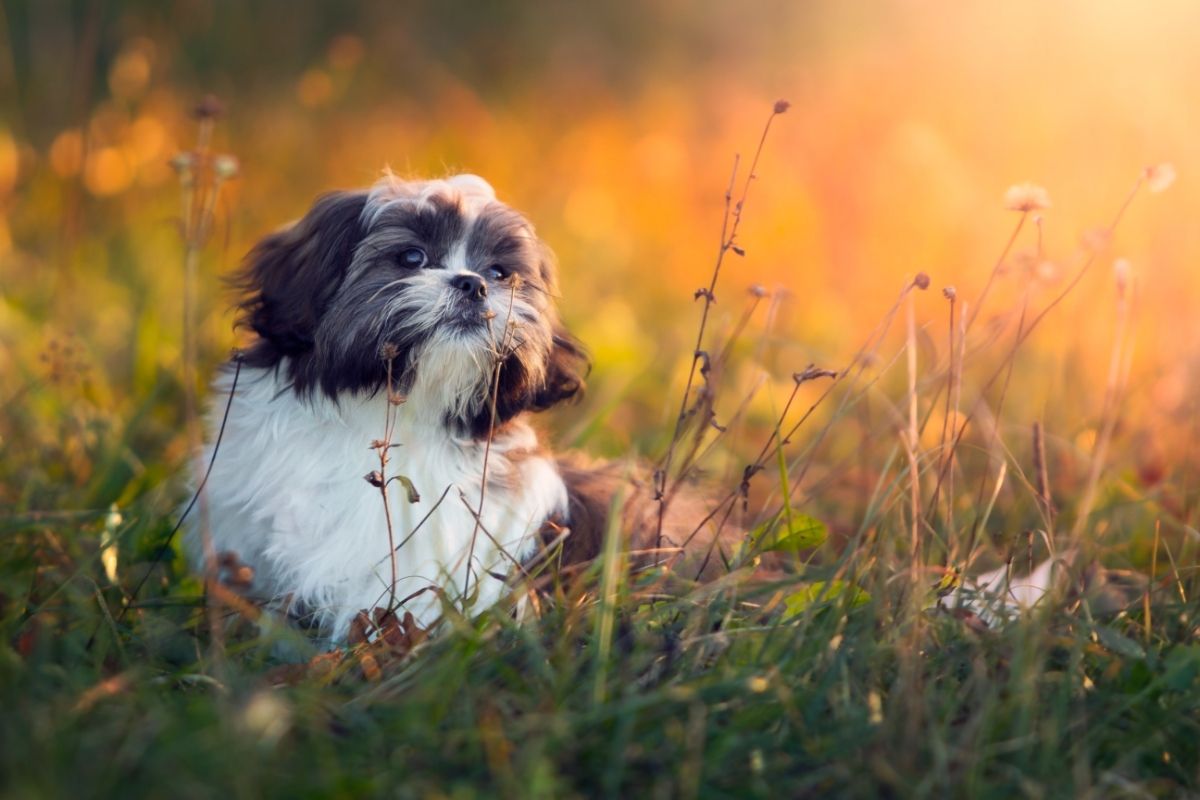 These include the Intelligence Quotient (IQ) Test which is often used to determine if your dog has any special abilities and the Pet Psychology Questionnaire which measures your dog’s emotional maturity.

However, I would suggest these two tests aren’t really accurate because the IQ test was originally created for humans, whereas the Pet Psychology questionnaire was developed specifically for dogs.

In addition, both of them require you to take the tests separately rather than together, making it harder to compare the results. So, instead, here are three ways to find out how smart your dog is without having to spend a fortune on testing devices or taking multiple tests.

1. Look At Their Behavior

If you look at your dog’s behavior, you should be able to tell if he/she is smart or not. A smart dog tends to show signs of problem-solving such as learning tasks, playing games, being curious about different objects, and even showing empathy.

On the contrary, a dumb dog usually shows no interest in anything except food and sleeping. You could try to create a game where the dog needs to figure something out, like using his nose to open a container, or teach him a trick to earn a treat.

Once you’re done training, ask yourself questions such as: What did my dog learn? Did he show any interest in the task? Was he motivated to complete the task? Did he appear anxious during training?

If your answers were yes, congratulations! Your dog showed that he possesses basic intelligence.

2. Watch Their Reactions To Situations

Another way to see how smart your dog is to watch how he reacts when presented with a certain situation. This includes watching how he responds when someone tries to pet him, play with him, or give him treats.

Does he become excited, calm down, ignore the person, or even get aggressive? If your dog shows signs that he understands the situation or is interested in the people around him, he’s likely more intelligent than a dog who doesn’t react to anything.

3. See If They Remember

Of course, the best way to see if your dog is smart is to observe whether he remembers things from before. For example, if you have taught your dog tricks, what happens if you forget one day and don’t give him any treats? Will he still perform the same actions every time, or will he stop doing so?

Similarly, if you’ve taught your dog commands such as “sit”, “stay”, and “down”, will he obey instantly or only after some time passes? If your dog seems to remember, then he probably has good memory skills and can therefore be said to possess an above-average level of intelligence.

So, in conclusion, you shouldn’t rely on just looking at your dog’s physical appearance or personality traits alone. Instead, you should look into their behaviors and see how they interact with others.

If they behave like well-trained dog, they’ll most likely show signs of higher levels of intelligence.

Unfortunately, if we take the standardized tests that are used to measure a dog breed’s intelligence, then the answer is: no, Shih Tzus are not smart. In fact, when put into a list of how intelligent each breed was, Shih Tzus were 128th out of the 138 dog breeds that exist.

While this means they are not among the 10 lowest in terms of dog intelligence, being the eleventh dumbest dog is still not ideal.

However, the test can be seen as unfair to the dog breeds themselves, as the tests only focus on how they respond to human behavior in a working environment.

Commands and obedience in a working sense would have very little to do with Shih Tzus as they are toy or lapdogs.

Even the responding to certain situations tests would be geared towards the majority of dogs, not necessarily toy dogs, as it would be measuring overt or obvious reactions to the people and events around them.

Toy dogs generally don’t react to these situations as much, because they have been bred and trained not to or if they do, it is often a sign of lower intelligence, as they are not following the commands of their owner – which is often to not make so much noise.

Among dog owners, it is mostly agreed that Shih Tzus are among the most responsive and intelligent of the toy dog breeds. This is seen in its highly independent and playful streak, which makes it quite emotionally intelligent, but does not endear it towards the dog IQ tests.

However, it should be noted that while Shih Tzus are more intelligent than a lot of people give them credit for, they are still not that intelligent.

If we were to take into account all the avenues of dog intelligence, Shih Tzus would not be eleventh from the bottom, but more likely around average or just below average.

Shih Tzus are no border collies or springer spaniel, they are not going to be winning awards for their incredible intellect. However, to call them dumb is not right either, and you should think of their intelligence as about average for a dog and the smartest of the toy dogs.